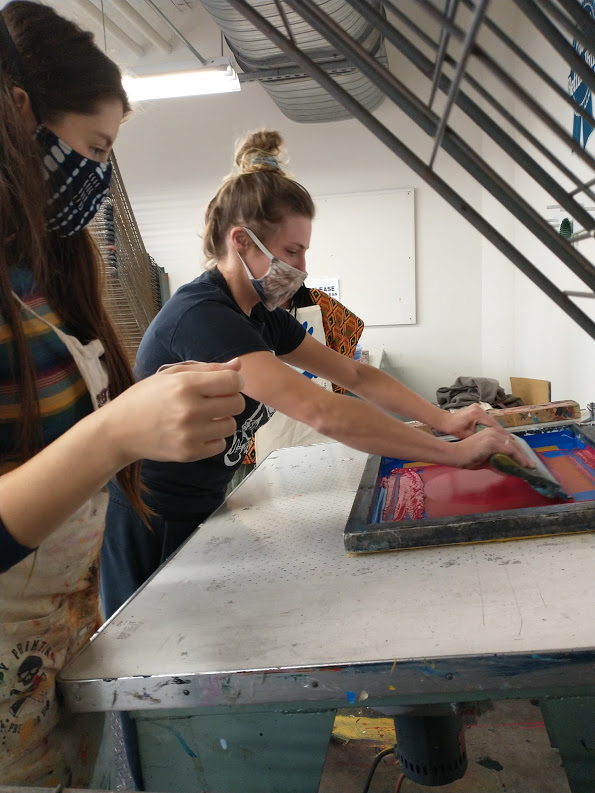 Look for an opportunity to purchase this work in April 2021!

Six Ohio artists are crafting posters inspired by quotations from incarcerated and justice-impacted artists about the importance of the work that they do.

In April, we will release the six posters in a limited edition of fine prints, as well as a mass run of prints to be distributed widely to schools, community centers, prisons, and on the street. We are partnering with Cincinnati's Pull Club, a women-owned studio, to advise and teach and to do the screenprinting for the series.

As a part of this project, we are partnering with Cincinnati's Wave Pool to provide professional artist development workshops for the artists and for other returned citizens (and we'll provide a recording of the workshops for artists incarcerated in any prison in the state).

The first in a series of OPAC artist commissions, this poster series is designed to pay artists for their work and for artwork sales, to get art made by justice-impacted people out in to public space, and to support justice-impacted artists with professional development and networking opportunities.